Describe a comic actor who is popular in your country 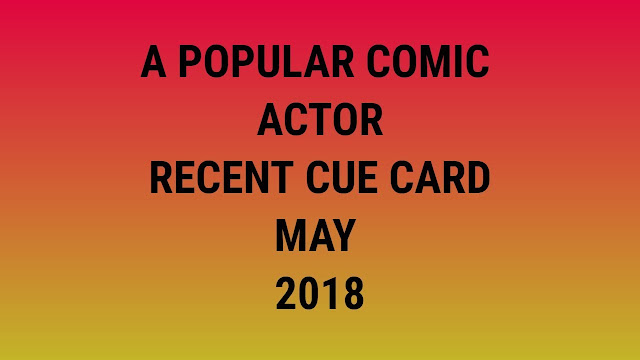 
I know very comedians who entertain people but here I talk about my favourite comic actor who is Kapil Sharma. he is very famous nowadays because of his TV show - comedy nights with Kapil. he was 39 years old and he is very handsome . his birthplace is Amritsar and his father works in police and his mother is a housewife.
He won many prizes in his life. he is not only a comedian but singer and good actor as well. In India, he is a well-known celebrity. He hosted many comic shows in his life . his show comedian night with Kapil is my favourite comedian show. This show is telecast on Sony channel every Monday and Tuesday at 9o clock.
You may like this A public place you visited and you think needs improvements
I always watch this show whenever this is telecast. I can also watch this show with my family member because this comic actor makes a very clean show. Many other celebrities also come on this show. they come in this show for promoting their latest movies and also makes this show very enjoyable for us. People get a chance to meet their celebs.
Navjot Sidhu is also a permanent character of this show but he sits on the side of the audience.

You may like this- Describe your favourite time of the day and why?

A comedian is a person who seeks to entertain an audience by making them laugh Through jokes or amusing situations or acting foolishly. Here I  would like to talk about my favourite comic actor Kapil Sharma who is basically a stand-up comedian.  He basically hails from Amritsar.  His father works in the police force and his mother is a housewife.  He has been known for his efforts in promoting animal rights.  He was nominated for the swachh Bharat Abhiyan by the Indian Prime Minister  Narendra Modi for which he campaigned and regularly promotes on his show.  He is really a kind man.  He is the multi-talented personality as he's not only a very good actor but also a very good singer.
Also read- describe a story that you heard n your childhood

His show comedy nights with  Kapil is my favourite show. I often watch this show on YouTube channel.  It was broadcast on Colors channel.  Even my whole family loved his show due to his clean comedy.  Kapil rose to fame after winning the comedy reality television show- the great India laughter challenge in 2007, for which he won a cash prize of 10 lakh rupees.  He had previously worked in the Punjabi show “Hasde Hassande ravo” on Mh-one channel.  He constantly won six seasons of the show comedy circles.  Kapil made his Bollywood debut as the male lead in the comedy romantic movie “kis kisko pyaar karoon”.  All in all, I would say that he is the man of comedy and I really loved his comedy.
Also read -An interesting journey by public transportation cue card