Describe a time or occasion or situation when you were late


Describe a situation when you were late for a particular occasion

I am punctual by Nature. I hate waiting for someone. Nor do I like to make someone wait for me. But there are several situations when we are not on time. Such an occasion I would like to describe here is when I was several minutes late. A couple of years ago when  I was going to appear in the final examination of my 12th class, during the very first exam I forgot taking my roll number slip along with me. I  realized it just before the examination was going to start. Without producing roll number slip at the entrance of examination hall no one was allowed to go beyond that point.

Therefore I decided to go back to my home and take your number slip. My home was approximately kilometres away from my school. And it took approximately half an hour to come back. When I came back to the examination hall I came to know about that examination had already started and I was about minutes late. Therefore I was not permitted to enter in but it was very important for me to appear in the exam at any cost. I was really feeling very nervous and desperate at that time and there was no one to help me out.


Ending lines- " Describe the occasion when you were late "


Having been hopeless I made a phone call to my father who asked me not to worry and not to lose hope. He suggested to me that I should go to the principal who had all the authorities and powers related to school. Therefore I went straight to the principal's office. I told him the whole situation and promised him that I  would never forget such an important document again in the future. He understood and readily went with me up to the examination hall and asked the teachers who were present in the hall to allow me to sit in the exam. Then I  heaved a sigh of relief and thanked my principal. 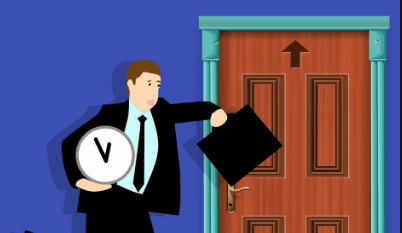 Describe a time or particular occasion or situation when you were late for an event or missed an important appointment IELTS speaking cue card with follow-ups questions or  missed something special or describe an incident which frustrated, disappointed, shocked you